We were originally scheduled to take a United Airline flight from Montreal P. E. Trudeau Airport to Newark to connect to our flight to San Diego. However, the weather in the New York area was windy and rainy so our flight was delayed and the inbound aircraft had not even left EWR yet. The United agent at YUL was nice enough to switch us to the Air Canada flight. This flight was also delayed, but not nearly as long, and had the certainty of it’s arrival in Montreal.

So we headed over to the Air Canada check-in area for US Departures. There was no wait to see an agent as there was only a few passengers checking in at this time. The agent was pleasant and helpful and we received our boarding passes in no time. Dropped our checked bag off and headed to security and US Passport Control (you clear US Passport at all Canadian Airports). I am not sure other security areas at YUL are like the US Departure area, but it took a very long time to go thru security for only a handful of people in line. One of the most frustrating security lines I have been in for a long time. It took over 25 minutes to clear security and there may have been at most 20 people in line for 3 or 4 x-ray machines. We showed our boarding passes four times and agents would send people that were behind you in line to another x-ray machine, were there was no wait.  As frustrating as an ordeal as security was, clearing US Passport was just as easy. In less than five minutes we were in the terminal.

One of the benefits of now flying Air Canada instead of United was not only did we not need to worry about our connecting flight, but we could also use Air Canada’s Maple Leaf Lounge (review to follow) with our Star Alliance Gold status. Gates 72-87 make up the US Transborder Terminal at YUL. The lounge is located between gates 73 and 74, just right of where you entered the terminal from passport and security. We departed from Gate 85. About a five minute walk.

We boarded a few minutes before the departure time, utilizing priority boarding (again because of Star Alliance Gold status). However, it was not really necessary as the plane was less than half full (something rarely seen anymore on US Carriers) and boarding was very quick.

This flight was actually operated by Air Canada Express – Jazz on a CRJ 100/200. This aircraft seats 50 passengers in a 2×2 configuration. One side has 13 rows the other 12. All the seats were leather and the overhead was more than big enough to fit my briefcase. However, not large enough for a carry-on suitcase. Those need to be left while

boarding and picked-up in the jet-way upon de-planing. We were seated in 1A&C. I was happy we were seated in the bulkhead at the time we were given our seats (not knowing flight was not so full), but when seated wished we asked for the exit row. The leg room was ok (about the same as rest of the plane), but the armrest is immovable. So I always find that a little cramped. Row 1 and the exit row (row 8) are considered Preferred seats and available for an extra fee. They are complimentary for Air Canada Altitude Prestige 25K, Elite 35K, and Elite 50K but only with Latitude fares or higher. Elite 75K’s with Flex fares or higher and Elite 100K can get Preferred seats with all fares. I am not sure what category Star Alliance Gold falls in, but we were given these seats without requesting them. So I imagine maybe they are available day of departure. Here is a link from Air Canada that explains the Preferred seating fee structure;(http://www.aircanada.com/en/travelinfo/traveller/seatselection/preferredseats.html) Between the two Preferred seats, I would say the Exit row is better. It looked to provided the same amount of leg room, but the armrests raise making it slightly roomier. The advantage of being in

the first row is also lessened if you left your carry-on when you boarded, because you will have to wait for those bags to be brought up to the jet-way. From walking down the aisle to use the toilet I could not see much difference in leg room between the bulkhead and exit row to the rest of the plane. So I am not sure Preferred seating has that big of an advantage on the CRJ 100/200.

take-off. The lone flight attendant started the service shortly thereafter. She was friendly and actually came back to ask my wife if she wanted anything to drink as she was asleep when she first came by. Soft drinks, juice, coffee, or tea and a small bag of pretzels are complimentary. Beer and alcohol are available for purchase, as is food on longer Air Canada Express/Jazz flights. The landing in EWR was very bumpy, but despite the weather we did not have any ATC delays outside the initial delay. So we landed

in plenty of time to make our connection to San Diego on United. Unfortunately we needed that time as Air Canada uses Terminal A and our flight departed from Terminal C and the AirTrain is outside security, thus forcing us to go thru security again (I later realized United has a shuttle bus from Terminal A to C which would have eliminated security).

Really on a flight this short it is hard to to judge an airline’s service. The main advantage flying Air Canada and not United to EWR was we were able to use the Maple Leaf lounge in YUL (plus we received a small bag of pretzels on board – something United no longer provides) and the flight was less than half full. It was as pleasant a flight one could have on a Regional Jet in Economy.

Here is a much more recent review of Air Canada Express CRJ 900 http://patstravelreviews.com/air-canada-express-jazz-crj900-economy-class-review-vancouver-to-san-diego/ 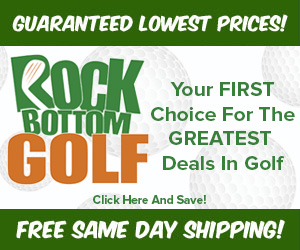